BRICS stands for Brazil, Russia, India, China and South Africa. It is the association of five major emerging economies of the world; Brazil, Russia, India, China and South Africa. The association was initially called BRIC before the inclusion of South Africa in the year 2011. The BRICS members are known for their fast-growing economies and their influence on global affairs. All five nations are members of the G-20.

The BRICS system seeks to encourage collaboration, prosperity, security, and peace. It also aims to contribute significantly to the growth of humanity while fostering an equitable world.

BRICS was formed for two major reasons which are as follows:

The term “BRIC” was coined by economist Jim O’Neill, of Goldman Sachs in 2001. He used this term in his report on the growth prospects for the economies of Brazil, Russia, India and China; the four countries which together accounted for a significant share of the world’s population and economy.

The first BRIC summit was held in Yekaterinburg, Russia on June 16, 2009. Since 2009, the group held annual summits and the member countries take turns hosting the summit. The objective of this summit is to promote political, commercial and cultural cooperation and strengthen global economic ties among the members. In December 2010, South Africa received an invitation to join the group, resulting in BRICS.

Growth in the BRICS economies slowed after the global economic recession and the decline in oil prices that began in 2014. By 2015, funds targeted towards these economies either shut down or merged with other investment vehicles as the BRICS moniker no longer seemed like an appealing investing venue.

In order to increase returns from these economies, Goldman Sachs combined its BRICS investment fund with the more inclusive Emerging Markets Equity Fund. From a peak in 2010, the fund has lost 88 percent of its assets. The BRICS fund won’t see “significant asset growth in the foreseeable future,” claims Goldman Sachs in an SEC filing.

According to a Bloomberg article, the fund had lost 21% during a five-year period.

BRIC is now referred to in a more general sense. As an illustration, Columbia University set up the BRICLab where students can study the financial, political, and foreign policies of BRIC members. 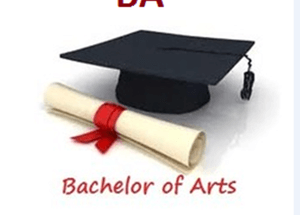